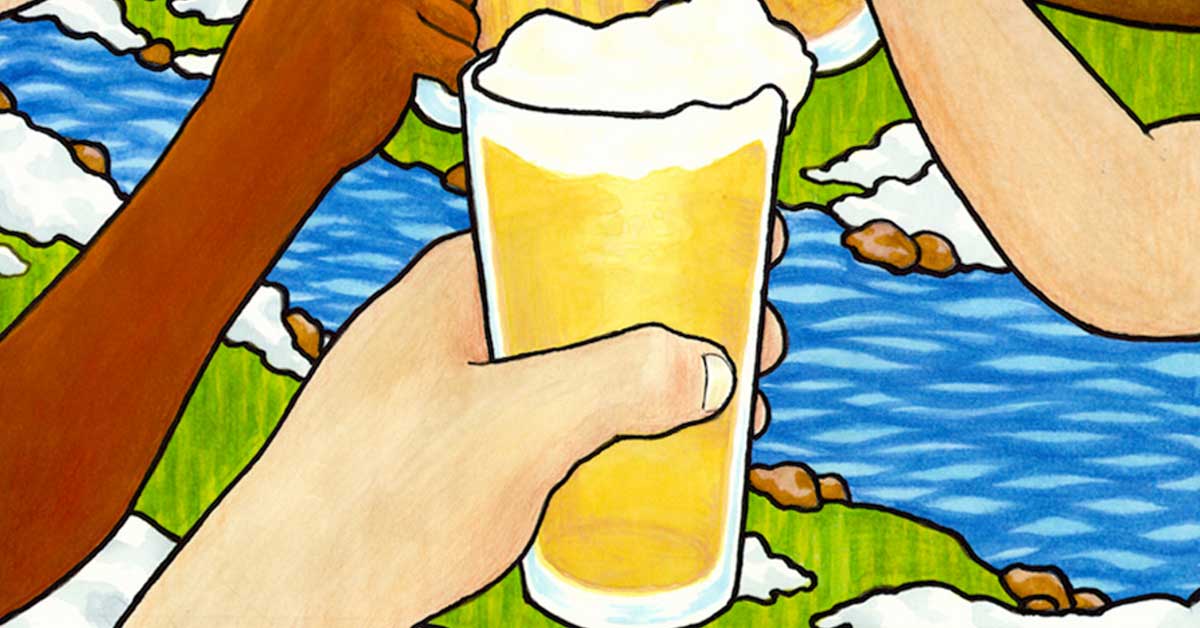 06 Mar The Story of Our Beer Posters- Pils

Posted at 11:37h in Buzz by Mitch Granholm 0 Comments
4 Likes

Sean Gray created some amazing artwork for our beer! He captured our motto that good brewing starts with honoring the traditions of brewers who have gone before us. Our beer is brewed using the highest quality water from the historic Glenwood Inglewood wells to produce beer that is classic yet uniquely distinct. Using tried and true brewing practices, we seek to create a new tradition in the Twin Cities that brings friends and families together to share time and beer with one another. 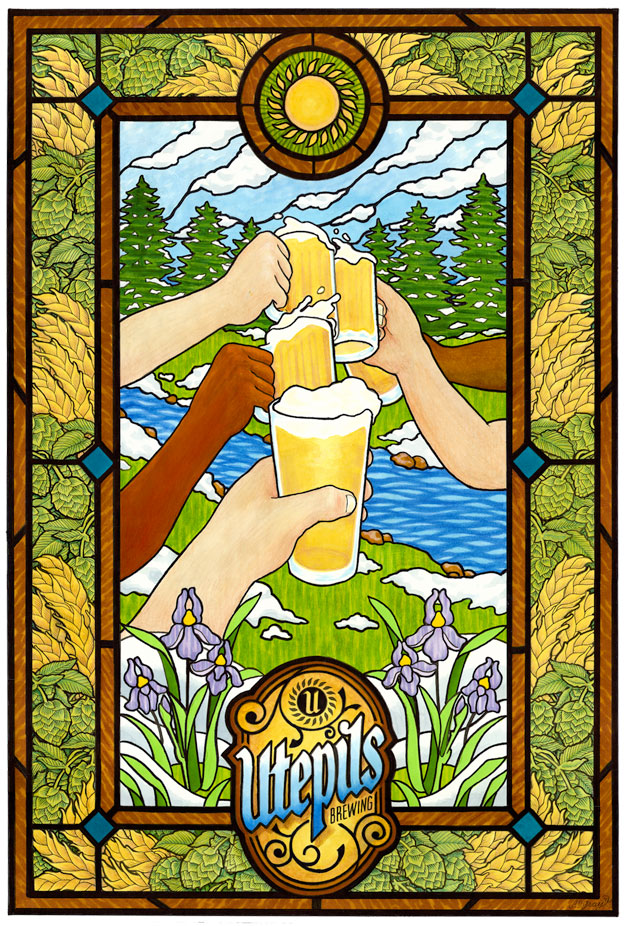 Utepils is a Norwegian word that describes the anticipation for the first beer enjoyed in the sunshine with friends after a long, cold winter. We know a thing or two about Utepils in Minnesota, and we can’t think of a better way to celebrate sunshine than with our flagship beer, Utepils Pils. It’s brewed with Czech-grown barley and hops; fermented with a Czech lager yeast strain.

Sean captured an Utepils moment with five friends raising a glass of delicious pilsner. The stained glass frame features a mix of hops and barley, the core ingredients of beer. The rushing creek and green grass are a nod to our biergarten, and the Siberian iris is always one of the first flowers to bloom in spring. Sunshine. Friends. Beer. Is there anything better?