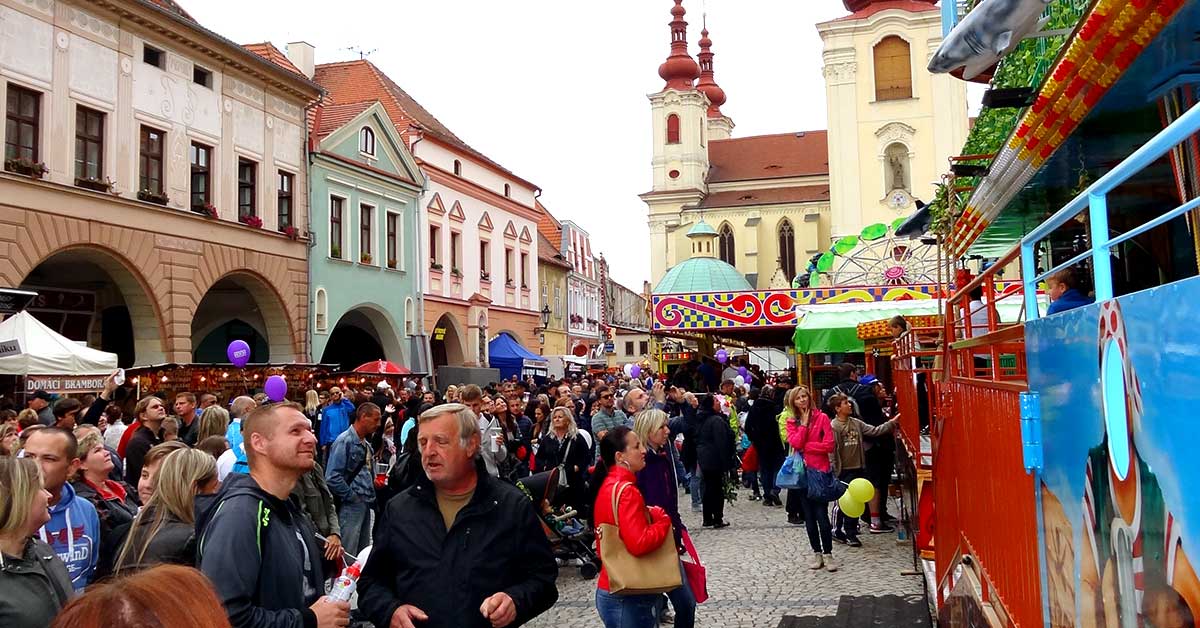 Posted at 11:58h in BeerTrippin, Buzz by Mitch Granholm 0 Comments
1 Like

Here’s the first update from our intrepid travelers, who are currently on Utepils’s first annual beer trip! Their goals: See the sights. Eat the food. Drink the beer. Learn about local brewing traditions. Come home with inspiration for a new, limited edition Utepils brew.

From across the globe and by train, plane, and Uber, we gathered in Prague.  The majority of the group arrived on Thursday. Despite a light rain, we easily found a pub (or two!) to begin our exploration of Prague and its beer.

Most of us indulged in sleeping in Friday morning as we fought off jet lag and late nights. The trip formally began at 3 p.m., when we met in our lovely hotel lobby. By 3:00, many of us had already engaged in quite a bit of exploration, and we can report that fine beer can be found all around Prague at about $2 per half liter.  During a break in the drizzle, Jim, Bob, Al, and Dan found a small street fair and enjoyed large grilled sausages.

To formally kick off the trip, we exchanged hearty greetings and Dan and Deb handed out our inaugural Beer Trippin’ scarf.  Our local tour guide provided a short history lesson on Prague to prepare us for the sights we would see. It was still drizzling, so it seemed best to do as much talking as possible inside.  Along the way, we popped in the Two Cats Pub to warm up with a couple of beers.

Saturday was our first full day of Beer Trippin’ and we went big. We took a bus to the Pilsner Urquell brewery in Pilsn.  This the original creator of blond hoppy lager, which became a worldwide sensation in the mid 1800’s. Today, 75% of all beer brewed is of this style, though most is not nearly as good as theirs.

At the brewery, we encountered a veritable “Disney World” of technology that presented the story of their beer with film, museum displays, an English-speaking guide, and a bus to whisk from building to building.  The current brewery is a marvel of high tech.  We also toured the original cellars where the beer is brewed (just for us tourists) in wooden, open-topped fermenters and then lagered another three weeks in oak barrels.  We sampled the beer directly from the barrels in the unfiltered, unpasteurized state. Yum!

After a quick lunch and stop the gift shop, we were back on the bus to head to the Zatec Hop Festival. Upon arrival, we weaved our way thru the crowd to the Zatec Brewery.  Here there was no high technology, no film, and no English-speaking guide. That didn’t slow us down. We came, we saw, and we sampled in the lagering cellars.  This is an old brewery that makes great beer, but due to the low prices of beer sold in the Czech Republic (money is in exporting), it has been hard to fix up the place that Communism let fall apart.

With the tour complete and gift packs of Zatec beer in hand, we hit the Zatec Hop Festival. Just like any other county fair, there are rides, games of chance, a big stage with politicians yakking, bands playing, food stands, and beer stand after beer stand. It was prohibitively difficult to keep a large group together amid the happy chaos, so we scattered with a planned meet-up for later. When we re-convened on the bus, many arrived wearing big smiles—and hop wreaths upon their heads. We enjoyed exchanging stories on the ride home.

Saturday night, we were on our own to explore. Small groups headed out for shows, dinner, and/or more beers.

Sunday was also unscheduled, to give Beer Trippers the opportunity to explore Prague on their own. Many took advantage of the opportunity to shop and check out local culture, including museums on the history of Czech Communism and one dedicated to the life and work of the world-acclaimed Czech ART NOUVEAU artist Alphonse Mucha. Many also visited the famed Prague Castle, which dominates the skyline.  Reports also filtered back of plenty of stops for beer!

Our evening dinner was a U Flecku, another brewpub with owners claiming its status as “one of the oldest in the world.” One claim to fame is that they make only one beer, a dark lager.  They have sold this beer for more than 600 years. This dedication to a single dark lager would stand out anywhere, but in the land known for golden lagers, it is amazing….and delicious. Innumerable beers were consumed (well, not innumerable, as someone there tallied up the bill) along with huge platters of food.  Things got loud and energetic as we enthusiastically sang along with the strolling accordion player.

With some heading back to pack for our Monday departure to the east of the country, a few hardy souls embarked on a short, three-stop 3 pub crawl to try to some local Budweiser beer.  (No not the Budweiser you’re thinking of—this is the good stuff made by the Czech brewery of the same name.  And, yes, many lawyers over the years made a lot of money on that trademark battle.)  Off to bed with much more fun to come!