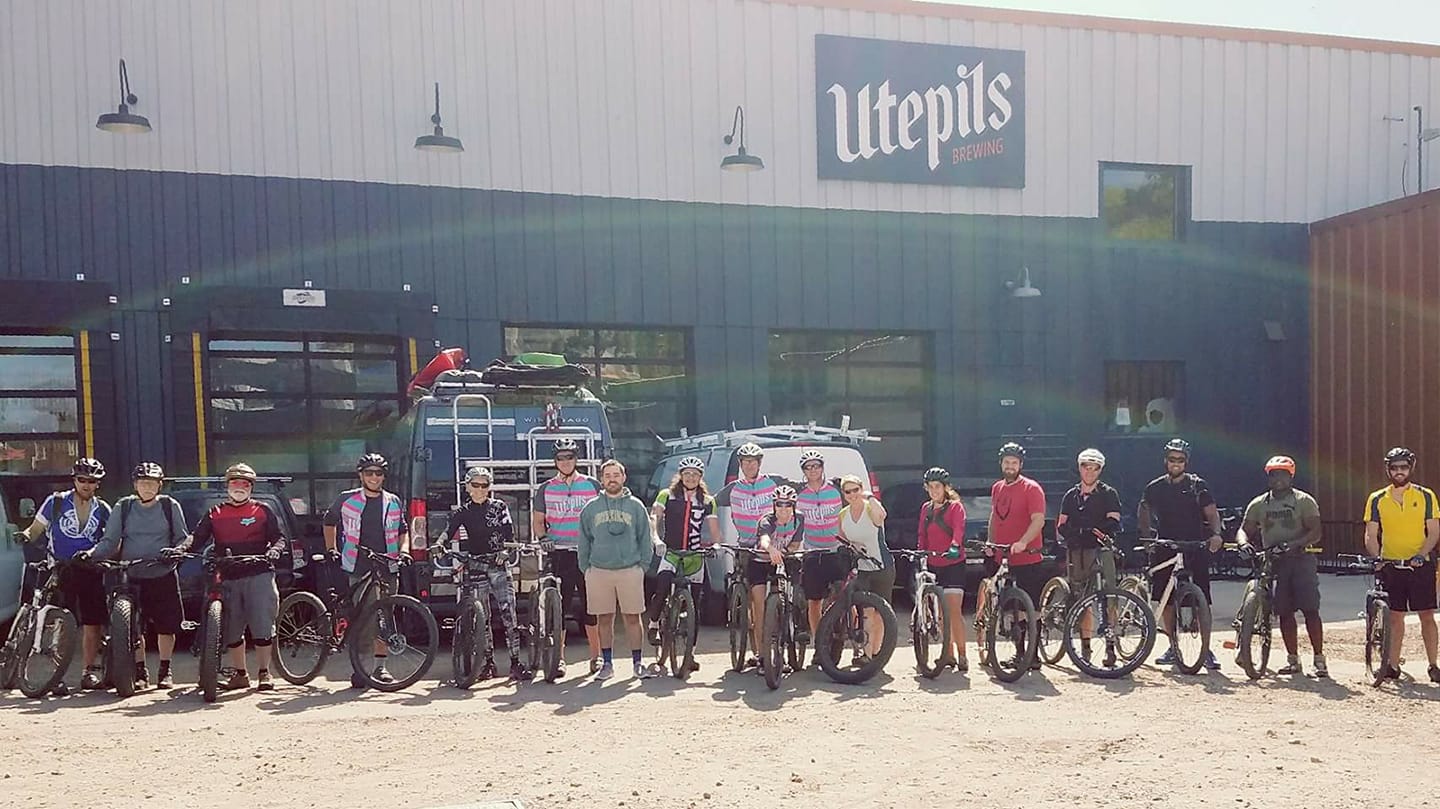 Posted at 09:43h in Buzz by Mitch Granholm 0 Comments
1 Like

Bicycling and beer are two of Minnesota’s favorite pastimes. Around these parts, they go together like tater tots and hot dish. The area around Utepils is absolutely ideal for cyclists, so it’s no surprise that more than a few (okay, thousands) of people have made their way to the Utepils Fernweh Taproom on two wheels for post-ride refreshments.

One group in particular is fully embracing the bicycling and beer hybrid culture: Utepils Cycling Friends. This group started out as the brainchild of Matt Wandzel and his cycling buddies, who had been eagerly awaiting Utepils’s opening. Earlier this year, Matt approached Utepils as a potential venue for a fundraising event for the MS 150 (an endurance bike ride that raises funds and awareness for Multiple Sclerosis). “Utepils was ecstatic,” Matt says of the inquiry. “They were more than happy to create a space for us, and the event was a great success.”

That event sparked a conversation about how to continue a relationship between the cyclists and Utepils, and by the time summer arrived, Utepils Cycling Friends was off and rolling. The group meets at Utepils once or twice a month on Sunday mornings around 10 a.m. They embark on a roughly two-hour bike ride, and by the time they’re done, the brewery is open, the food trucks are on-site, and the group can eat, drink, and hang out.

The first ride had seven participants. Now they regularly have 15 or 20, with all skill levels represented. “We make sure that no one is out there cycling by themselves, and there’s always someone to help teach a newer rider,” says Matt. While the group has historically focused on mountain biking, tackling the hills of Theodore Wirth Park, they’re going to add in some road biking as well due to popular demand.

As for the coming winter months, the group hopes to find a way to keep active together—and, of course, keep drinking great beer together.

P.S. We’re adding even more bicycle parking at Utepils as part of our parking lot construction, so it’ll soon be easier than ever to roll right in!