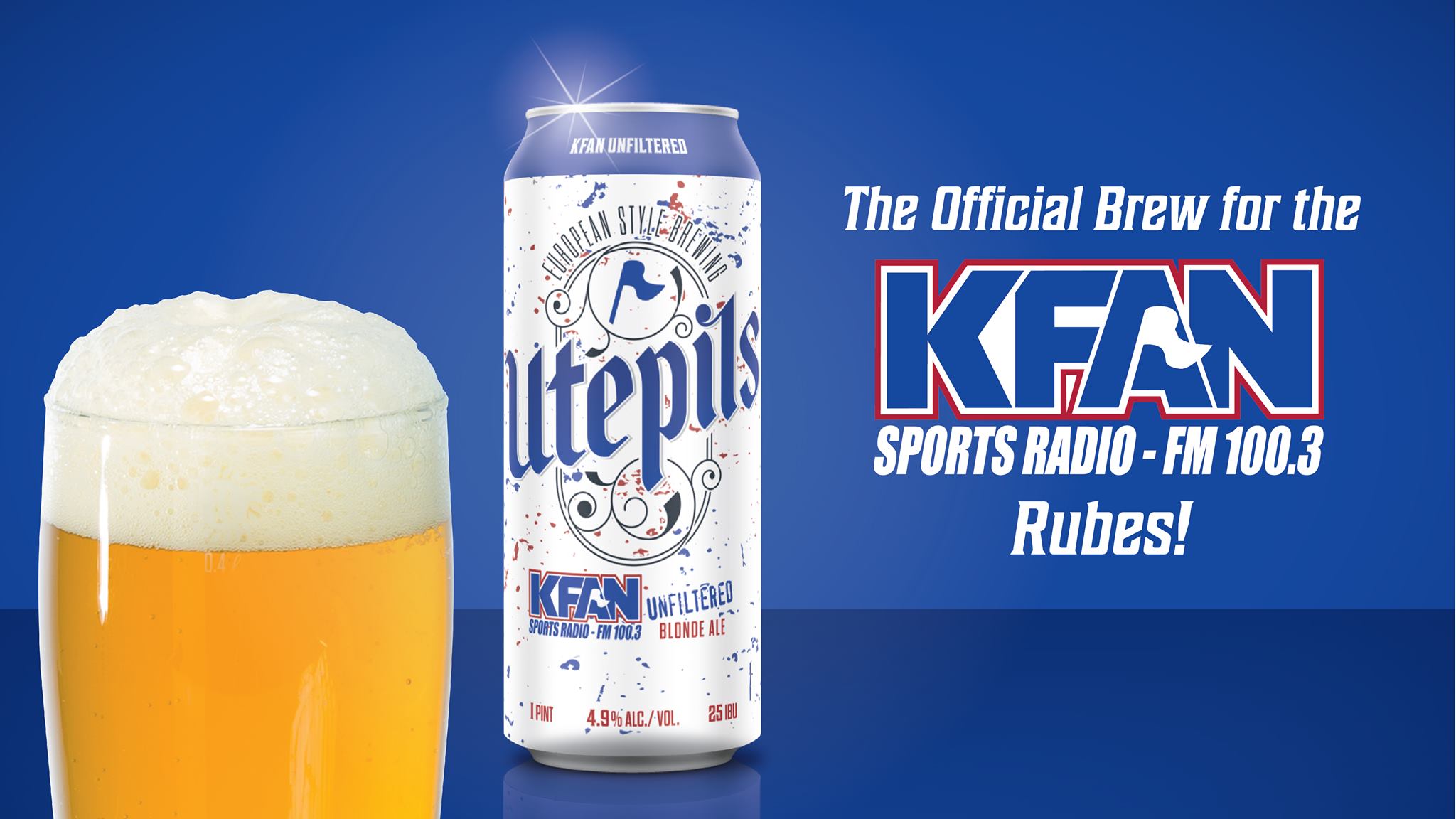 Posted at 09:46h in Uncategorized by Developer Brandography 0 Comments
1 Like

Utepils Brewing and iHeartMedia Minneapolis’s FM 100.3 KFAN, The Twin Cities Sports Leader, have teamed up to launch KFAN Unfiltered Blonde Ale, a European-style beer made in honor of Minnesota sports fans. The new beer will make its debut on Friday, September 13.

In conjunction with the beer launch, Utepils Brewing invites patrons to visit the brewery on September 13 to try KFAN Unfiltered Blonde Ale. The new beer provides listeners and fans with a careful balance of soft malt and light bitterness as well as a rich unfiltered flavor for friends to sip and enjoy as they discuss sports stats and predict which teams will make the playoffs.

“There’s nothing better than bringing together award-winning, European-style beer along with award-winning sports radio to kick off the football season and create the ultimate fan experience,” said Dan Justesen, Founder of Utepils. “We’re starting a new tradition with Unfiltered Blonde Ale that’s perfect for every season, no matter which team you’re cheering for.”

“KFAN has some of the most passionate and loyal listeners in the country,” said Chad Abbott, Program Director for 100.3 KFAN. “Utepils Brewing has that same connection with their customers, so combining these strong brands to provide a true ‘Rube Brew’ is a great way to bring those passionate fans together.”