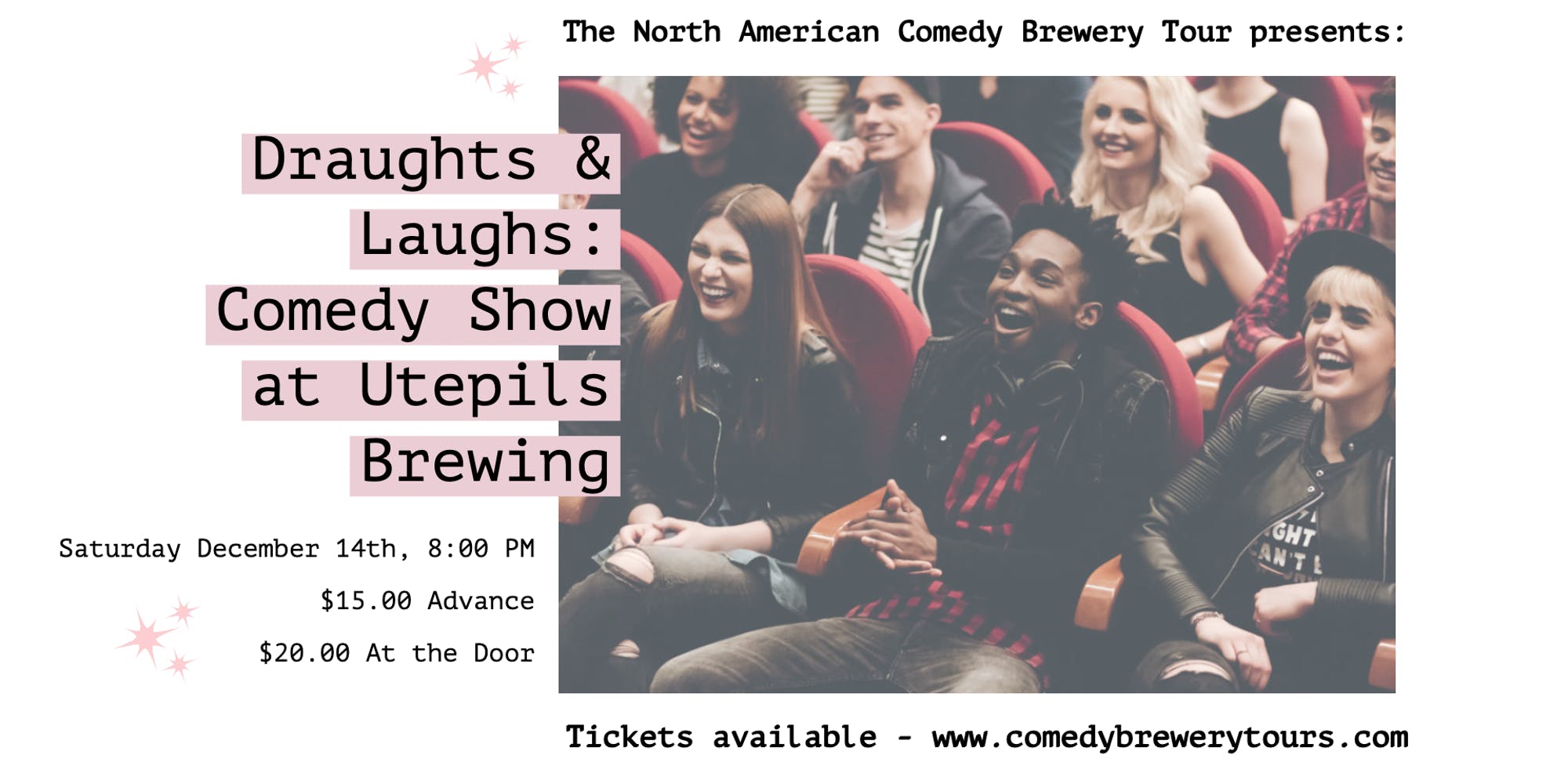 Beer and Comedy lovers of Minneapolis Minnesota! Join us for an unforgettable evening of laughs and drinks at Utepils Brewing!

Our comics have traveled across North America, sampling local fare, tasting local brews, and providing a truly unique comedy experience that supports animals in need. This stop features a lineup of comics that will fill your belly with laughs.

We provide the absolute funniest in comedy entertainment, with our comics having credits at top festivals, on TV, and in major national and international clubs. All you need to do is come ready to laugh.

*A portion of all proceeds from any North American Comedy Brewery Tour show will go towards animal welfare organizations supporting rescue, protection, fostering and adoption of dogs in loving homes.*

– Tickets are extremely limited for this special engagement and will go quick!
– Awesome lineup of comics to be announced!
– $15.00 ENTRY or $20.00 at the DOOR.
– Show starts at 8:00PM, arrive early to grab a drink (or two) and pick out your seat!
– Like “The North American Comedy Brewery Tour” on Facebook for a chance to win a beer flight for you and a friend on the evening of the show! (Winner messaged on day of show at 12:00 PM)